Sheep in the Big City Wiki
Register
Don't have an account?
Sign In
Advertisement
in: Female, Humans, Characters,
and 3 more

Lady Virginia Richington is the owner of Swanky the poodle.

Lady Richington comes from the Filthy Richingtons whom are quite rich and, own the majority of the city and, like most members of the Richingtons, she is never seen without her gaudy jewellery and lavish clothing.  Lady Richington does not look very intimidating, she does have a severe hatred of sheep in general, this is proven due to the fact that she does not hesitate to pummel them into fluffy pulps with her stainless steel wig that she wears.

Lady Richington has been known to spend her time doing typical 19th, 20th and early 21st century things that prosperous people do.  In going of the sheep end, She appeared on Television on her she made punch and, when missing a Maraschino Cherry she goes off the deep end because someone eaten her Maraschino Cherry.  Later on in the episdoe she is seen hitting sheep with pricey golf clubs in order to get sheep away from Swanky and, again in a cannon when sheep comes to her Mansion in order to get a kiss from Swanky with his sassy new look.

In Beauty and the Bleats she is shown to move into a building for people whom hate sheep so badly that the building is Sheep-proof. This shown to be one of the two residences that Lady Richgington owns besides her luxurious masion that she has known to be frequent; inside the Sheepless Arms Condos its appears to cater to rich people such as lady Richington due to the fact there was a fountain that w

as nothing but, money. However, when sheep frees a Genie in a lamp she falls in love with his human form and, tries nothing to get at sheep despite to whoo him into loving her.  In additio while staying at the Sheepless Arms she is seen attending a snooty Anti-sheep Party where she sees sheep's Human form that she is madly in love with.

In Wish you were Shear She is seen in her luxurious mansion wearing a Derby hat about to go to the Greyhound race in order to find a suitor for Swanky to breed with; when attending a sheep-less gathering at the Greyhound riches she meets the Countess Von Suave and her her champion pure breed Greyhound whom Swanky takes an interest in.  This is one of two episode that truly shows how snooty and uptight Lady Richington is as well as the kind of people she associates with. 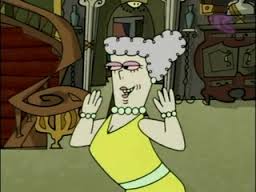 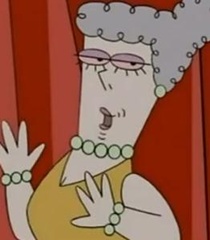 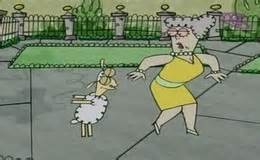 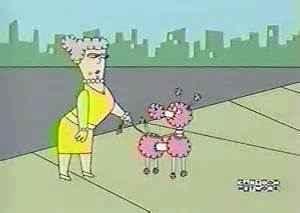 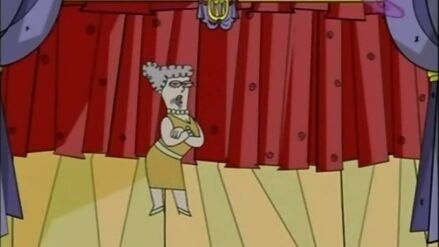